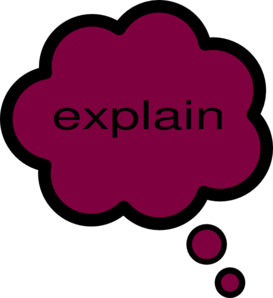 Students need to know that vertical and horizontal trends in the periodic table exist for atomic radius, ionic radius, ionization energy, electron affinity and electronegativity and that there are discontinuities in the increase across a period for first ionisation energy.

Students should be able to explain the physical properties of an element based on its position in the periodic table.

Every substance has a set of properties; unique traits or characteristics, which are used to identify it, like a fingerprint. With today’s rapid advances in technology new substances are continually being synthesized and discovered so understanding the unique properties of a substance helps chemists recognize it when it appears in a new place, identify its structure and bonding and group it with other similar substances.

The periodic table is one of a chemist’s most useful tools because it can be used to describe and explain the patterns in the properties of elements. First ionization energy, atomic radii, ionic radii, electronegativity and melting point are examples of physical properties that experience periodicity, a repeating pattern or trend on the periodic table.

A physical property is a characteristic that does not change the chemical composition of the substance. The factors affecting the periodic trends in physical properties are

They give rise to the following assumptions:

Atomic radii is the distance from the nucleus to the electrons in the outer shell. The atomic radius is measured by taking half the distance between the nuclei of two bonded atoms.

Ionic radii is the distance from the nucleus to the electrons in the outer shell. The ionic radius is measured by taking half the distance between the nuclei of two bonded atoms

Electronegativity is the relative measure of an atoms ability to attract a shared pair of electrons in a bond.

Electron affinity is the energy released when one mole of gaseous non-metal atoms gains one mole of electrons to form a negatively charged ion.

Characteristics of communicating a strong explanation

A strong explanation has two parts:

The set-up or description of the trend / property followed by an explanation / reason for the trend.

Question starters for describing a physical property or trend. For example:

Question starters for explaining a physical property or trend. For example:

Sentences connectors to help connect the description to the explanation. For example

To what extent do mentor texts 1 and 2 meet the standard for communication with regard to the use of the correct language and terms, conciseness and clarity? What makes you say this?

Standards based assessment of communication